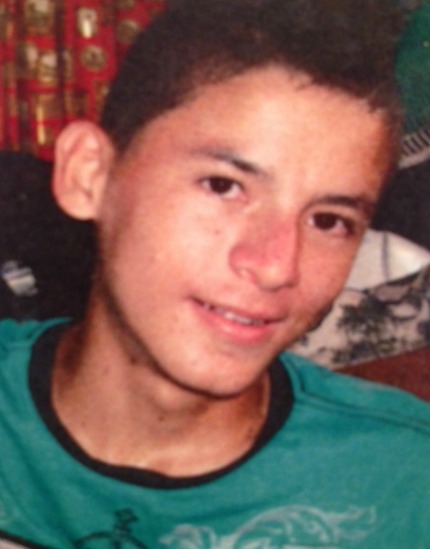 The follow excerpts are from a letter written by Jim Flickinger, U.S. Amazon Relief coordinator…

I was in the “Green Hell” area of the Amazon, visiting some of the poorest families on earth.  The area is home to many children from our schools.  Keeping me from getting lost in the maze of shacks was Wilhelme, a 17 year old boy who was a graduate of one of our schools.  Wilhelme had been abandoned by his parents at an early age.  He calls his grandparents’ small shack his home, for it is on the floor of their porch that he sleeps.

A few weeks prior to the visit, Wilhelme had been near death and hospitalized with severe malnutrition.

As Wilhelme walked with me, we came upon a street vendor selling a strange concoction — a boiled egg, surrounded by a sweet bread coating, that had been deep fried.  It was a well-designed product that could be held in the hand and eaten as a person walked down the street.

Wilhelme was hungry, and he asked if I would buy him one of these breaded eggs.  I agreed, and both Wilhelme and the street vendor smiled and thanked me as I passed the equivalent of 50 cents to the vendor for Wilhelme’s treat.

As we continued our walk, I watched Wilhelme nibble off pieces of the bread, and then pieces of the egg.  he was methodically and slowly enjoying every morsel.

As we continued along, an emaciated man was walking toward us.  He asked for nothing.  He was just passing by.

Then it happened.  Not a word was spoken, but Wilhelme reached out and offered the man the uneaten portion of his food.  Wilhelme saw a need, he saw someone who needed food more than he did — and he gave away all he had!

As I reflected on Wilhelme’s kindness, many Bible verses came to mind, but particularly Christ’s words about the Last Judgment when He will say, “I was hungry…and you gave me to eat.”  I couldn’t help but think:

Was it Jesus in the disguise of the man walking towards Wilhelme?

Or was it Jesus in the disguise of Wilhelme who was sharing the bread?

I thought, too, that there was much more than an exchange of bread happening here.  Compassion was being shown.  Wilhelme saw the hungry man, and through his simple outreach he let the man know that he was cared about.  The whole scene was 180 degrees different from the rich man who walked by the beggar Lazarus on his doorstep.

Wilhelme’s generosity in this story rocked me.  Especially because my friend Amy went to the Amazon with Jim a year or two ago and became very close with Wilhelme, so I’d already heard a lot about this sweet teenager.  Am I giving sacrificially the way Wilhelme did?

Jim goes on to thank those who donate to Amazon Relief.  If you are able to help feed the hungry, help send kids to school, and help with all the other amazing work they do, you can donate here.  Thank you!